A former CIR named Roger did a stellar job at promoting the area, and you can find out more about what's happening in Matsushima the Facebook page he created, Visit Matsushima. To get to Matushima from Sendai, take the Senseki line to Matsushima-Kaigan (松島海岸) station. Be careful, there's also a Matsushima Station off the Tohoku line, but it's rather far from the seaside. Matsushima is also accessible by ferry, which is highly recommended if it's a nice day. There are several that leave from Marine Gate in Shiogama fairly frequently and offer a scenic view around the islands before arriving in Matsushima. There are a couple of temples, the most notable being Zuigan-ji Temple. This Zen temple was originally founded in 828 by Jikaku Daishi, but was rebuilt by the feudal lord Date Masamune from 1604 onwards. During autumn when the leaves change colours, there is a festival called Matushima Light Up Illumination. It's definitely worth a visit!
Near Zuigan-ji is Entsu-in, a famous Rinzai Zen Buddhist Temple. On one side it has a delicate Zen garden and on the other there's a beautiful Western rose garden. The temple was built in mourning and is devoted to Kannon, the Buddhist goddess of mercy. Far back into the temple grounds stands the mausoleum. The mausoleum's interior is decorated in small Western symbols of crosses, hearts, spades, diamonds, and clubs. These symbols were included into the design to signify the Date Clan's voyage to Rome. During autumn when the leaves change colours, there is a festival called Matushima Light Up.
It's definitely worth a visit!
As you walk down the street from MatsushimaKaigan Station, you pass by many food vendors and souvenir shops. Matsushima is known for its oysters, so if you enjoy them check out one of the many restaurants in the area – oysters are prepared in almost every conceivable way. There's even a cruise around the bay that let's you enjoy oysters! Some other favourites are kabocha (squash) cake, big soy sauce rice cracker (shoyu senbei), grilled squid, a French fry stand, and any one of the unique flavours of ice cream. Why not try out the jellyfish flavour?
As you continue walking down the road from MatsushimaKaigan Station, you will come across Kanrantei Tea House on your right (near Godai-do). Kanrantei means "place to view ripples on water", due to its beautiful view of Matsushima Bay and the surrounding islands. Kanrantei was originally built in Kyoto by Toyotomi Hideyoshi, who gave it to Date Masamune for his service. Date's son eventually moved it to its current location by the water. There are two rooms and you can enjoy tea for 600 yen while looking out at the stunning view. Behind the tea house is the small Matsushima Museum. 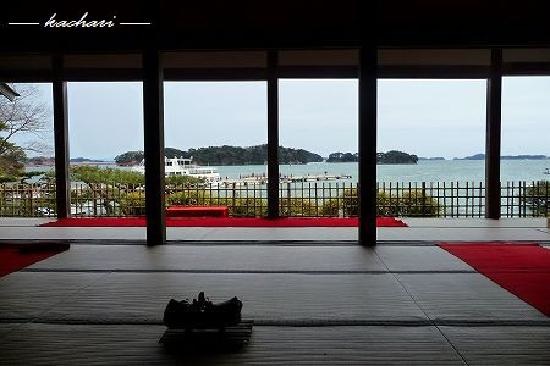 If you're looking to relax in an onsen while admiring Matsushima Bay then the place to go is Matsushima Ichinobo Onsen (松島 一の坊温泉). Ichinobo is a hotel complex, but visitors are allowed to enjoy the facilities during restricted hours. There are 2 spa packages available. The first and most common one is the main onsen package. During the hours of 12-3 pm you can enjoy 2 onsens which overlook the bay for 1500 yen. This also includes access to the lounge (before or after the onsen) and drinks. There's usually tea, coffee, and juice. The view alone is worth the trip! The other spa package is from 12-4 pm and for 1600 yen you can enjoy a hot stone room, an onsen inside the hotel (this one doesn't have a view), and a couple of other amenities. You can get to Ichinobo from either Matsushima Station or Matsushima Kaigan Station. It's about a 15 minute walk from either. 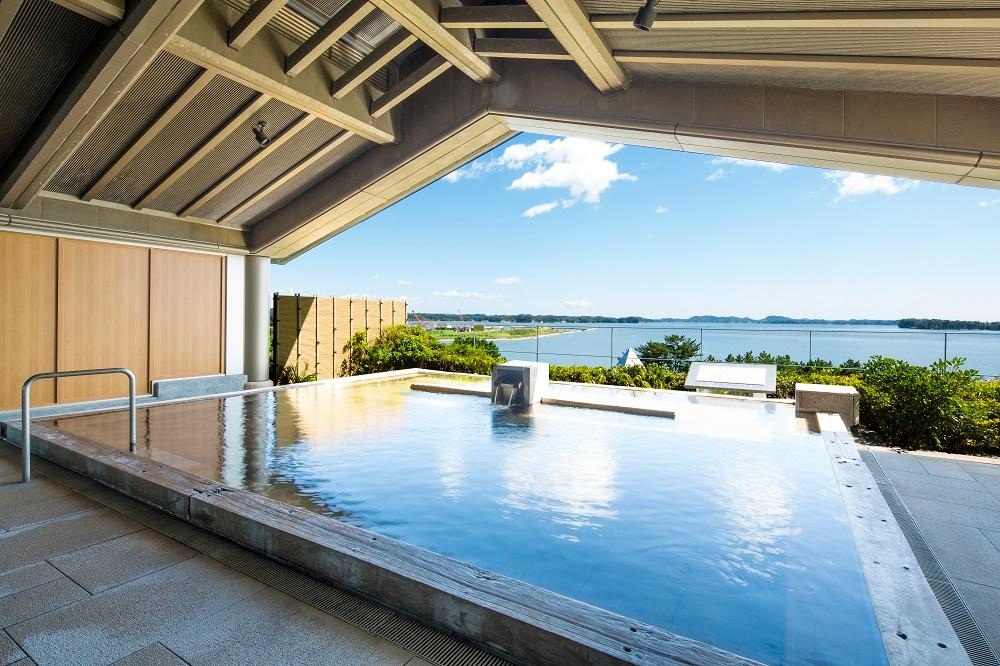